Welcome to the Kruger National Park, one of the most famous wildlife parks in the world.

More than a century old, the Sabie Game Reserve was established by South Africa's former president Paul Kruger in 1898. When he recognised how fast the animal population was dwindling due to indiscriminate hunting, he proclaimed the originally designated area as a reserve, saying, "If I do not close this small part of the Lowveld, our grandchildren will not know what a kudu and an elephant or a lion looks like...".

Over a hundred years later, this consciousness about wildlife has grown exponentially and is evidenced by plans to extend the Kruger National Park’s boundaries into Mozambique and Zimbabwe to create the biggest game park in the world. In this way, animals will be able to migrate freely across frontiers and the need for culling or translocation programs will be greatly reduced, if not eliminated.

At the present stage the park covers an area of nearly two million hectares (about the size of Wales) and measures 350km from north to south and approximately 60km at its widest point. The ecosystem is constantly maintained in its natural state to afford visitors the feeling and ambiance of true Africa.
Well known for its diversity of habitat and wildlife, the Kruger Park boasts the greatest variety of animals of any park in South Africa and offers visitors an excellent opportunity to experience close encounters with elephant, rhino, buffalo, lion and leopard (the Big Five) in a natural unfenced environment. Wild dog, cheetah, zebra, giraffe and a variety of other species are also indigenous to the park.
It is a paradise for the wildlife enthusiast with close to 150 mammals, over 500 bird, 100 reptile and 34 amphibian species as well as over 380 species of indigenous trees being found there.

Become an adventurer and discover the heart of southern Africa. 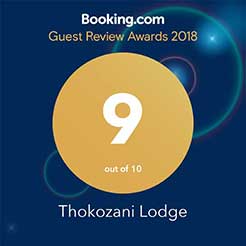 Webdesign + SEO in Memmingen
Back to top