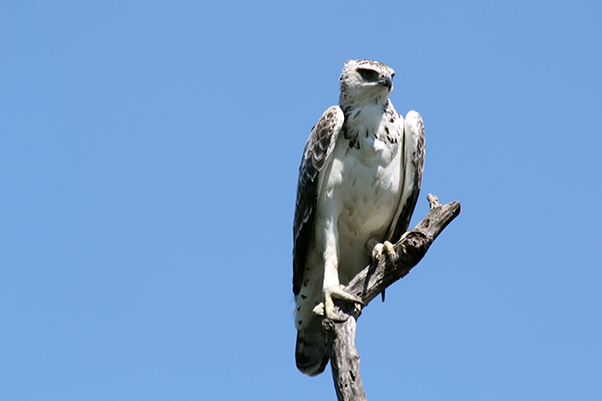 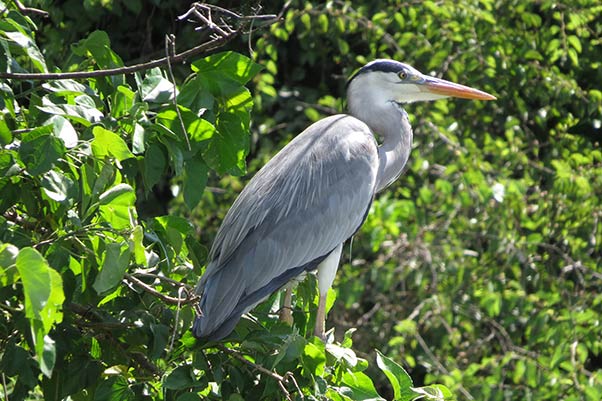 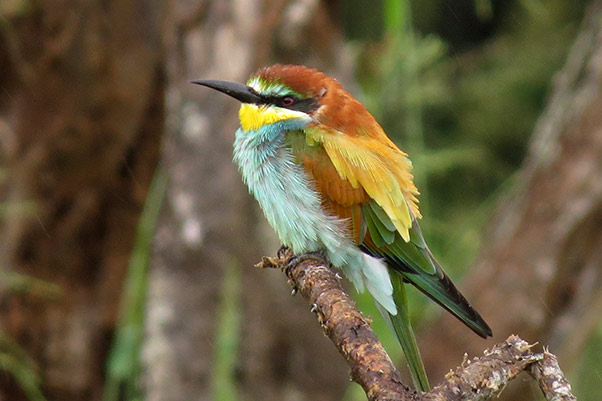 South Africa’s diverse habitat and vegetation provides a perfect breeding ground for a large lively and varied selection of birds. The country’s vast stretches of bush- and woodland are home to an astonishing array of bushbirds, including giant bird of prey. Gracious waterbirds inhabit a network of wetlands. The thick indigenous forests here are home to many exquisitely coloured and unique birds.

The entire province of Mpumalanga is regarded as a prime birding destination. Habitats from mountain highveld to acacia lowveld exist within distances of less than 100km. The diversity of vegetation creates a home for a vast variety of birds. On the southern grass and wetlands a number of important endemic and partially endemic species occur.

Birdwatching in and around Kruger National Park

This fabulous Kruger National Park needs little introduction and is already well known as a priority birding destination. A diversity of savannahs, tropical grasslands and riverine forests covers 20 000 km², home to an overwhelming array of birds. Over 500 birds recorded in South Africa can be seen, which makes it one of the most rewarding birding spots in the world. Of special interest are the 95 endemics - those species found only in Southern Africa. Look out for lilac-breasted rollers and hornbills that are so characteristic of the Kruger, as well as birds of prey, kingfishers and the splendid secretary bird.

Birdwatching in and around Blyde River Canyon

This is the third-largest canyon in the world and one of Africa`s scenic wonders. The canyon forms part of the 27.000-hectare Blyde River Canyon Nature Reserve - a real birding gem. The combination of highly varied habitats has resulted in an impressive bird list of about 365 species - the highest species diversity for any nature reserve in the area. View points into the canyon are ideal for raptor watching and this must rate as one of South Africa`s raptor hot-spots. Regular sightings include Verreaux`s Eagle, Cape Vulture, Jackal Buzzard, Lanner Falcon, African Goshawk and White-necked Raven. The ultimate prize is Taita Falcon - an incredibly rare little falcon that nests nearby and occasionally flies over.

Birdwatching in and around Kaapsehoop

The small hamlet of Kaapsehoop is situated 30 km south-west of Nelspruit. The area consists of gradually undulating mistbelt grassland, with some rocky outcrops and forested pockets restricted to moist valleys. The rare and endangered Blue Swallow breeds in the grasslands. Blue Swallow is the major attraction between September and April but other rare species include Striped Flufftail and Black-rumped Buttonquail.

Birdwatching in and around Gustav Klingbiel Nature Reserve

The nature reserve is situated on the eastern side of Lydenburg along the scenic Long Tom Pass to Sabie. About 320 species have been recorded in the reserve and its vicinity. Several game species such as Bushbuck, Kudu, Impala, Zebra, Eland and Steenbok also occur in the reserve. The four hiking trails (from 5 to 12 km) provides excellent opportunities for birdwatching. These lead to more remote areas where some of the bird specials can be seen (Jackal Buzzard, Gurney’s Sugarbird, Malachite Sunbird, Olive Bush Shrike, Greywing Francolin, Barthroated Apalis and Stanley’s Bustard.) A "vulture restaurant" in the reserve attracts mainly Cape Vultures.

Birdwatching in and around Chrissiesmeer (Lake Chrissie) 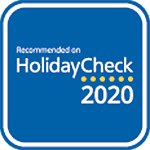 Is there anything I can help you with?.